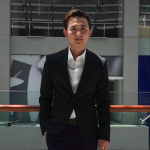 This article may include links and images regarding the suggestions that we may receive a commission if click to purchase.

Porter’s Five forces model is one of the most super powerful tools for analyzing the company’s competitive landscapes, in order that the board management of a company can design a suitable business strategy to increase the competitive advantages in the market.

The forces model is widely used in a cross range of industry sectors to understand the external threats that can impact your business sustainability in a long run. In other words, it has a direct influence on the business competitiveness and potential profitability based on the employment of Porter’s 5 forces.

In this article, we are going to explore each element of Porter’s five forces, and we also make a deep analysis on how the forces model can help your business to figure out the strengths and weaknesses within the industry. Lastly, the real case study of Chevron’s porter’s five forces model will be used as an example to further give more clarification for our readers.

Related reading: Career Advice: 6 Steps to Follow Up After A Job Interview

The forces model was founded by Michiel Porter, a professor at Havard Business School. He aimed to create this tool is to identify the competitive landscape surrounding the company, which allows determining the industry attractiveness and competitive advantages. Since it was the first inception, it has been widely used as part of business strategy by almost every business in the world.

In particular, every business leader uses Porter’s 5 forces as a part of strategy technique analysis to highlight competitiveness within the industry and identify the organization’s weaknesses and strengths. The following five elements of the forces model are

Let’s take a deep analysis of each force in more detail in order that you can get familiar with those forces and be able to develop a business strategy on your own.

The first factor is the competitive analysis, we need to carefully identify the key strengths of your competitors. In particular, this force will help to highlight the number of key players in the market in terms of market shares, financial strengths, their reputation, as well as products and services, which have a direct impact on the way our business strategy will be set out later.

The next factor of Porter’s five forces is suppliers as it helps to highlight how many suppliers are currently available in the market, which allows you to calculate the impact of their bargaining power in terms of increasing or reducing the cost of products and services.

For this reason, a company with a solid value chain will always contract with several suppliers because it will help to minimize the impact of products or services disruption due to suppliers failures.

In this section- bargaining power of buyers. We look at the consumer point of view as there are two main types of buyers in the market.

Read next: Peter Lynch Book Review 2021:One Up on Wall Street

The threat of New Entrants

The next element is the threat of new entrants, this aspect highlights the new players, who have the ability to enter the market due to the fact that they have a greater financial capability, brand image, and reputation. For this reason, those players can pose a real threat to existing players.

In addition, the threat of new entrants will be determined by the level of difficulty of a certain industry and its attractiveness. For example, the Automotive industry will be considered medium to high ( almost impossible to jump in the industry) because new players will require to have the strong financial capability and solid assets in place to compete with other competitors.

The Threat of Substitute Products or Services

For example, Electric vehicles are considered as a substitute product to gasoline vehicles, which pose the biggest threat to the whole industry such as Ford, Honda, Hyundai, just to name a few. Those existing players have to spend more on research and development in order that they can release a full-electric model to compete with other new players such as Tesla. Low – Due to economic scale (if you don’t sell at price, they can acquire), hard to bargain with something so powerful.

High (Market is a niche, not many companies in the same industry),

Read next: WiseTransfer: The Complete Review of PayPal Alternative

By Jiro Nguyen, Founder of Jns-millennial.com

The content is only based on the author’s personal opinion and his understanding. It is used for informational purposes only, and you must not rely on it as a comprehensive or a substitute for professional advice.

2014. “Why Chevron Is More Successful Than ExxonMobil.” The Motley Fool, July 14.

Jiro Nguyen is a highly driven and skilled business management professional. He has an MBA in economics and management and is a founder of Jns-millennial.

Toptal Review 2022: Is It The Reliable Site To Search For Freelance Jobs?